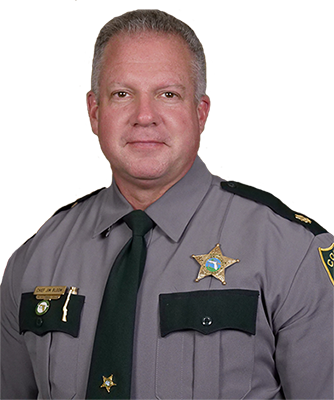 Chief Bloom began his career with the Collier County Sheriff’s Office in 1993 as a Corrections Deputy.  He has served in a wide variety of positions to include Patrol Deputy, SWAT Team Leader and Team Sniper, Administrative Assistant to the Sheriff, Vice Narcotics Bureau Investigator/Undercover Detective and Commander of the DRILL Academy.

He is an active member of the community and is involved with the Leadership Collier Foundation where he serves as a board member, the Police Futurists International, the  Kiwanis Club of Naples and the Make A Wish Foundation.

Jim resides in Collier County with his wife and their two daughters.