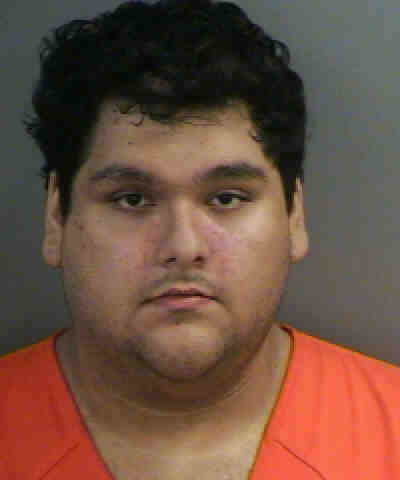 Sheriff Kevin Rambosk announced today that more than 100 new charges have been brought against a 22-year-old Collier County man who was arrested in April after detectives say he extorted lewd photos from eight teenagers after hacking into their social media accounts.

“These crimes against children across the country are heinous and despicable,” Sheriff Rambosk said. “I will not tolerate abuse of children no matter where they live, and I am grateful for the determination of our detectives in discovering these crimes and making arrests on these charges.”

Since the initial investigation, detectives have identified four additional victims. The victims, ages 16 and 17, reside in California, Colorado, Tennessee, and New Jersey.

Further investigation by detectives determined that Ingunza extorted all four victims by threatening to post lewd files he had obtained of them to social media or to send them to their friends and family if they did not do what he said. Ingunza asked the victims to strip, disrobe, engage in sex acts with themselves and lewdly exhibit their private areas. He demanded that they record the acts in both videos and images. He then demanded that they send the files to him, or he would “expose” them.

The crimes were committed during the time period of December 2018 and January 2019.

Detectives arrested a 21-year-old Collier County man Wednesday and charged him with hacking into the Snapchat accounts of eight teenagers and extorting lewd photos from them.

The eight victims – six in Collier County and two in Colorado – range in age from 13 to 18.

Detectives said the evidence indicates there are numerous more unidentified victims _ some of whom may not want to come forward because they fear they will be in trouble with law enforcement and their parents for having lewd photos of themselves. Detectives said the victims will not face charges and that law enforcement is focused on helping them.

Since mid-December last year, the Collier County Sheriff’s Office received multiple cases from local victims, the National Center for Missing and Exploited Children, and law enforcement in Colorado regarding a suspect who was compromising and accessing numerous minors’ Snapchat accounts. Snapchat lets you share photos and videos that then disappear in less than 10 seconds, or you can post content that gets deleted after 24 hours.
The suspect would take over the account and change all of the backup e-mail, phone numbers and passwords. The suspect also would download the lewd images and videos the victim had of themselves and then contact the same victim on Instagram, sending them their own lewd images. The suspect threatened to post the images publicly on social media if the victims didn’t comply with his demands for more lewd images.

The suspect used numerous fictitious accounts to extort the victims on Instagram as well as compromised accounts he had fraudulently taken control of from other victims.

Further investigation by the Collier County Sheriff’s Office determined the activity was occurring at 10268 Emperor Lane. On Wednesday, detectives with the sheriff’s Special Crimes Bureau, along with members of SWAT, executed a search warrant at that address, where they found Ingunza at home with his mother.

Detectives said the search turned up multiple items of evidence that linked Ingunza to the alleged crimes.

Collier County Sheriff Kevin Rambosk said Ingunza’s arrest sends a message to predators who are trolling social media in search of vulnerable children that law enforcement is committed to finding and prosecuting them.

-Keep the computer in a family room rather than the child’s bedroom.

-Share an email account with your child to oversee their mail, and consider joining your children when they are in private chat areas.

-Don’t post photographs of your children on Web sites that are available to the public.

-Most social media apps have an age requirement. Enforce it.

-Learn their dialect. Kids have a language of their own when it comes to communicating online. Make sure you know what they are talking about.

-Guard your location. Kids may have fun tagging posts or photos with a location taken from a mobile device’s GPS, but parents might not want their child’s precise whereabouts broadcast.

-Inquire about your Internet Service Provider’s (ISP) privacy policies and exercise your options for how your personal information may be used.

-Never allow your child to arrange a face-to-face meeting with someone they’ve “met” online unless they’ve received your permission.

-If you become aware of the transmission, viewing, or use of child pornography while online, immediately report it to the National Center for Missing and Exploited Children’s CyberTipline at 1-800-843-5678 or www.cybertipline.com.

-Instruct your child not to click on any links that are contained in email from persons they don’t know. Such links could lead to inappropriate Web sites.

-Remember that people online may not be who they seem. Someone indicating that “she” is a “12-year- old girl” could really be a 40-year old male predator.

-Be careful about offers that involve personally coming to a meeting, having someone visit your house, or sending money or credit card information.