The Collier County Sheriff’s Office recently completed a nine-month High Visibility Enforcement for Pedestrian and Bicycle Safety Campaign. The campaign was launched in September 2018 and ended this month. The goal of the campaign was to protect the safety and educate pedestrians and bicyclists who are the most vulnerable and are over represented in traffic crashes. These crashes that often involve pedestrians and bicyclists result in serious and fatal injuries.

The four areas that were targeted for High Visibility Enforcement were:

During the campaign, the Traffic Unit conducted 55 operations and made 920 citizen contacts. During these contacts with citizens, enforcement efforts focused primarily on education of drivers, bicyclists and pedestrians in the form of pamphlets, handouts and written warnings. Uniform Traffic citations were also issued to citizens that committed egregious acts violating state statute.

The High-Visibility Enforcement campaign was funded through a contract with the University of Florida & Florida department of Transportation. 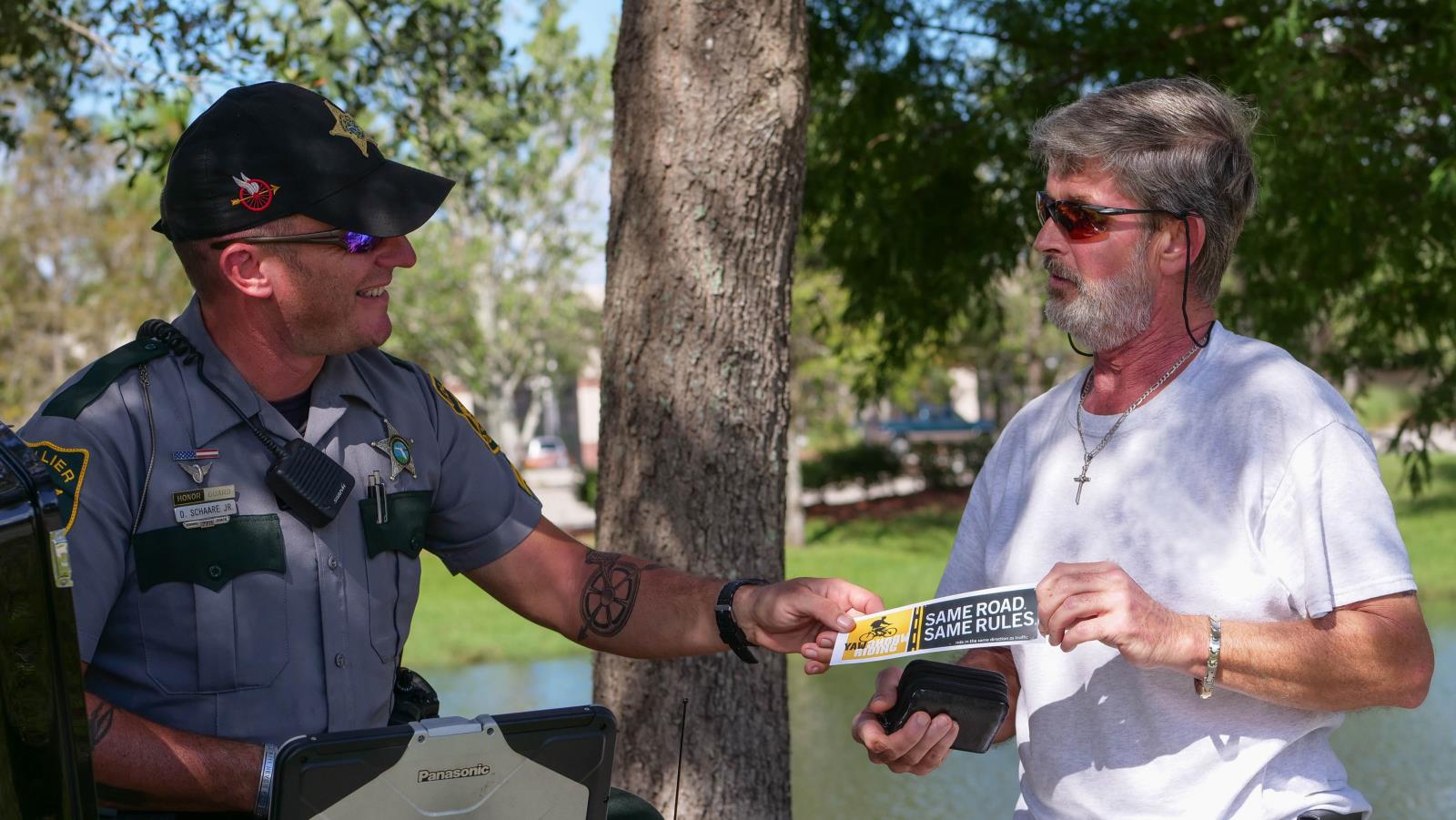