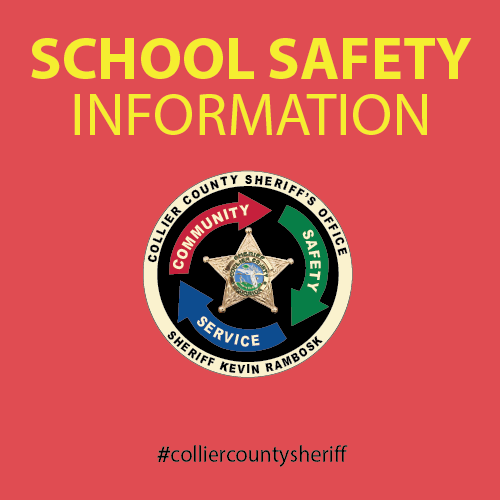 A Palmetto Ridge High School student was arrested Monday after an investigation determined that he had a knife on school property and also made comments and possessed items that caused disruption at school.

Benjamin Mendoza, 18, of 11th St. S.W., was charged with possession of a weapon on school grounds and disruption of a school function.

The Collier County Sheriff’s Office received a tip on Feb. 16 from someone who was concerned. The person said Mendoza brought a gas mask to school on Feb. 15 and had previously made disturbing comments about the Las Vegas mass shooting.

Detectives located several items in Mendoza’s backpack, including a realistic looking Los Angeles Police Department badge, a list of names of students with a drawing of a student with bullet holes to the chest and the words, “dead ha ha dead” written on the back of the paper, a small notebook containing stories and drawings depicting students as victims and suspects in murders and other crimes, a map of Palmetto Ridge High School, a note that said, “shoot up school,” and “school shoot animae dead.”

On Monday detectives interviewed witnesses who said they saw Mendoza with the gas mask in class Feb. 15 and also saw a knife in his bag. He was placed under arrest.